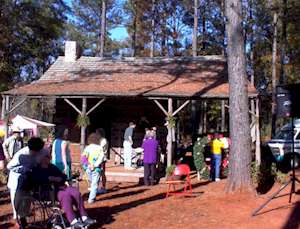 On the weekend before Thanksgiving, when Autumn is being felt in the South, it is time for Milam Settlers Days. This festival finds many interesting foods available as well as a selection of crafts at this festival in historic Milam, Texas.

The historic theme of the festival is focused on the Causey House in Milam at the corners of Texas Highways 21/103 and US Highway 87 in El Camino Park.

The hardworking Milam Settlers Day Organization was formed around 1992 and the group keeps annual activities going in the small community. The festivities promote Milam and remember the settlers who founded it.

Milam is Sabine County’s oldest town with a history that dates back to at least 1828 at which time it was called Red Mound. 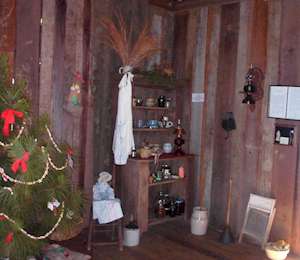 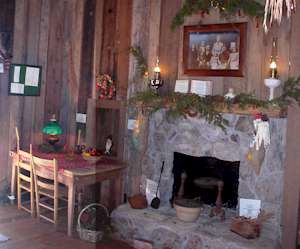 The house is restored and is a virtual museum containing many artifacts and interesting display items.

Since Settlers Days are held at a time when we begin thinking of Christmas, there is even a Christmas tree decorated with such items as strings of popcorn.

Spend a beautiful Fall day here and enjoy a remembrance of the way things once were.

LOCATION: Milam, Texas is at the junction of Texas Highways 87 (North of Hemphill, Tx) and Highway 21/103 (just West of the Pendleton Bridge crossing Toledo Bend Reservoir).