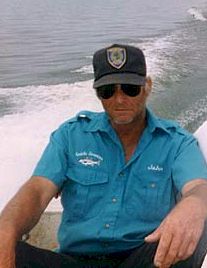 Late summer surprises As the summer wears on, traditionally white bass get a bit harder to catch due to the fact that they have left the all too familiar structures for deeper, cooler turf. It happens every year. As the saturated oxygen depletes in shallower water caused by warmed water, they move to a new “comfort zone.” Commonly, encounters with them will be deeper than what we would consider normal, whatever that is.

Normal. Now, there’s a word to debate. I’ve never known anyone to define it. With fish, there ain’t no such thing. What works one day probably won’t work the next at this time of year. A single area may produce fish for days running, but the chances of it being the same school of fish are slim to none. Being nomadic by nature, the fish you caught on Monday by the big bridge may be on the south end on Tuesday.

Now, there is a reason fish will be present in an area repeatedly. Food. In the deep summer, shad seem to hang in, and along the river channel. In warm water conditions, the plankton is more prolific, giving the baitfish more food to eat. It’s the beginning of the food chain, and where the food goes, so goeth the fish. Simple. The shad follow the plankton, the whites follow the shad, and we follow the whites.

This time of year, the fish will spend little time in shallower water where we looked for them in May and June. Only short periods of feeding will find them there. Since mid July, my target depth has been in the 30 ft. depth range. These fish are mostly on the move, and your encounter may well be brief. Although still willing to play, and a limit can still be had, it may take several moves of the boat to stay with them.

Once you have found an area holding fish, and the depth the fish are running, your search will be narrowed considerably, Concentrate on that particular depth curve with your fish finder. Look for them to be on a drop-off to deeper water, or very near. At times of inactivity, they will many times suspend in the same depth over very deep water. Very hard to catch when this occurs. Best wait awhile until activity increases. Major feeding will occur about every 4-6 hours, depending on conditions.

One of the ways I plan my interface with the fish is by moon phase. On a bright moonlit night, the fish will feed at any opportunity, up until early morning. The next major feed will be in mid day when you least wish to be out there in the heat. I have loaded up many, many times when everyone else was running for lunch, or the a/c. Man, I can’t blame them, but they’re missing it. On the other hand, a dark night will promote very early (first light) bite, and late in the evening, with some minor feeding in the mid day period.

When I was guiding, the time frame was dictated by the client, as a rule. They have their own time requirements. What it boils down to is the coolest part of the day isn’t always the best time to be out there. Now I find I spend less time on the water, and catch enough fish to satisfy me. I’m finally having fun fishing again.

The surprise part is the population of large stripers that have finally manifested this summer. An even two dozen stripers from 28-34 inches have come across the gunwales of my yellow boat. It has just been grand. One such fish can make your day. Only a few have been kept, with the rest released back to the lake for future use. Rest assured that the bigger fish will be females, and should be put back. Parks and Wildlife biologists say the striper is not breeding above the lake, but I say they are, and there is no reason to believe they are not. The upper reaches of the Trinity meets all the criteria for striper spawning. Whatever, the lake finally has a decent population of them. It’s my right to disagree.

Methods for hooking up with one is the same. Slabs worked where you would be looking for whites. That’s how we are catching them. Really, by accident. Most of them have been come from the Pine Island area where the water is deeper on average, and have come from 28-35 feet deep. Most have been on bottom, but some incidents of suspended in mid column have occurred. I have yet to see any surface schooling of the bruisers, but some advice. Don’t go there with a wimpy rod and reel. They will bust your stuff. A 6-7′ medium heavy rod with lots of line is the ticket.

So, there it is. Go get ‘um. I am winding down from fishing, and getting ready to hunt, but I might get a chance to see out there, ON THE LAKE.