Land acquisition for Toledo Bend Reservoir began in May, 1963. Construction of the dam, spillway, and power plant was initiated in April, 1964. The closure of the earthen embankment and impoundment of water was begun in October, 1966. The power plant was completed and began operating in early 1969. There are no dates for the photos, but since construction began in April, 1964 and water impoundment began in October, 1966 – we know these photos fall within that time frame. The photos are arranged chronologically for the power plant and for the spillway – from left to right. 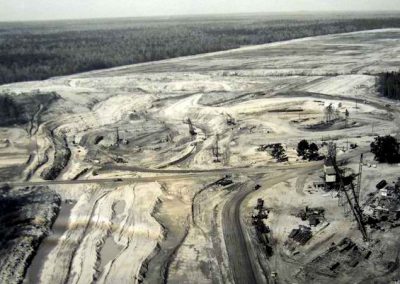 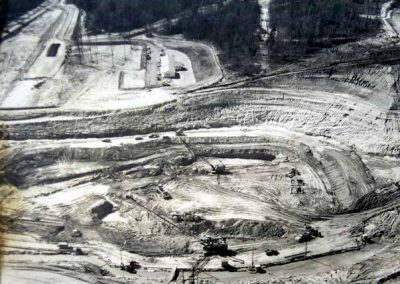 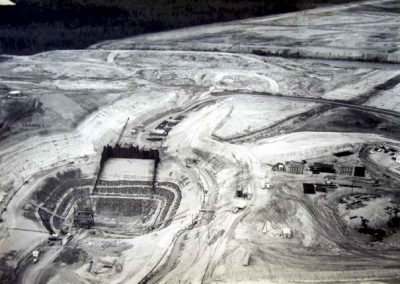 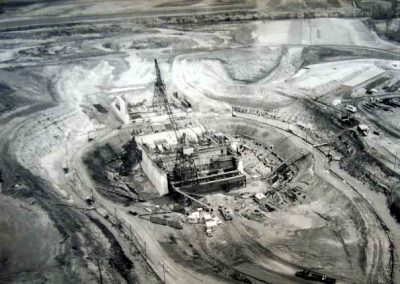 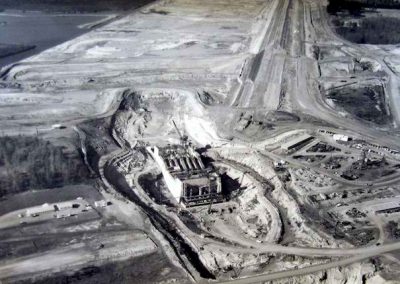 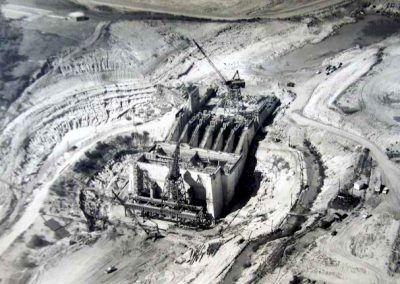 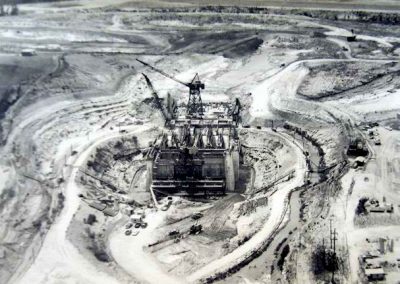 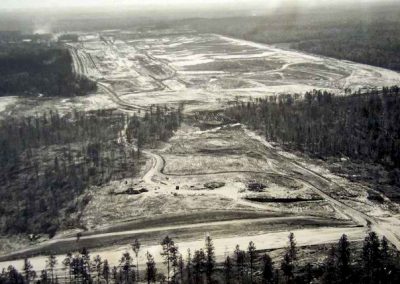 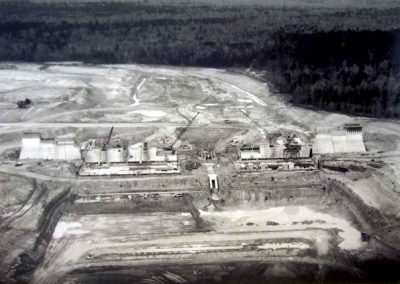 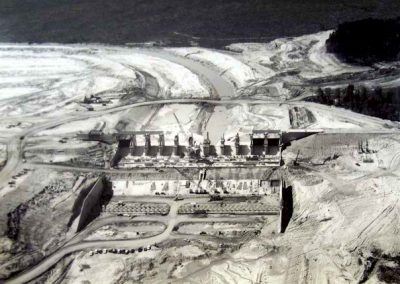 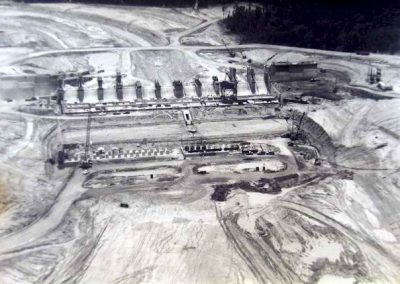 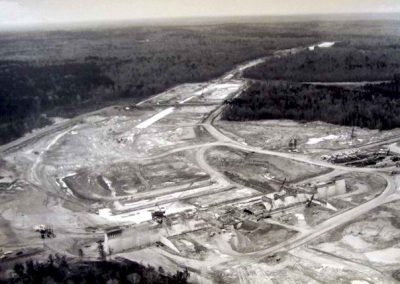 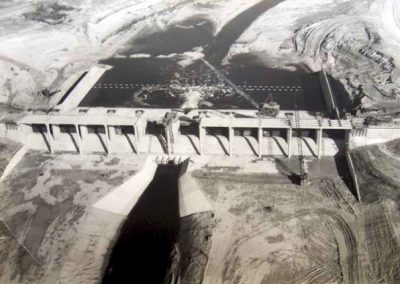 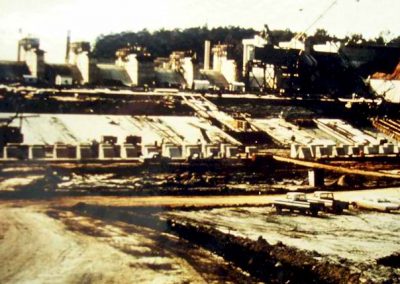