In December, Natchitoches is the City of Lights

Nightly river cruises, streetcar tours, carriage rides throughout the “City of Lights” and fireworks every Saturday in December.

Since its beginnings in 1927, the Festival of Lights has grown into Louisiana’s premier community based Christmas Celebration. A family celebration, the festival is held annually on the first Saturday in December. Over 150,000 visitors flock to this historic town and are treated to a gigantic parade, star studded live entertainment throughout the day, dozens of food vendors, carnival rides, river cruises, carriage and trolley tours, and a spectacular fireworks show.

After which, over 300,000 brightly colored Christmas lights and over 70 huge set pieces light the city along the scenic Cane River Lake. 2001 was the 75th AnniversaryThe Christmas Festival of Lights has been listed as a “Top 100 Events in North America” by the American Bus Association for numerous years and has also been honored as one of the “Top 20 Events” for December on six occasions by the Southeast Tourism Society. The Natchitoches Christmas Festival of Lights is a partner with the Holiday Trail of Lights.

All Month: City Of Lights

Natchitoches, La. A fairyland of multicolored lights, created by over 300,000 Christmas bulbs strung along city streets and on over 70 unique set pieces along Cane River Lake. The lights reflect in the waters below and stretch along the historic downtown area. Fireworks and entertainment every Saturday in December. Shopping, tours of historic homes, boat, carriage and trolley rides are available throughout the holiday season in the City of Lights. Lights remain on through the first weekend after New Year’s.

History of the Christmas Festival: One Man’s Dream… Becomes A Tradition 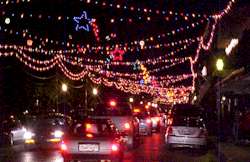 The late Max Burgdorf, serving as superintendent of utilities, first gave thought to a street and river lighting program as a means of expressing the holiday feeling. Mr. Burgdorf heard of a small 10 watt Christmas street bulb that had just been placed on the market and obtained enough to get his lighting program underway. The small bulbs are still used in preference to the glaring ones used in most cities. The first set piece built by Burgdorf was the Star of the East, measuring eight feet across. The star remained a fixture in the lighting program, but has since been replaced by one measuring 21 feet. 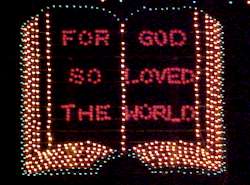 Since 1927, lights and set pieces have been added. Throughout the month of December, over 170,000 tiny bulbs shine softly over the downtown Historic Landmark District.

Charles Solomon, who served as chief electrician for the city, built the original set pieces that stand on the east bank of Cane River-Lake. Later, chief electrician, Winfred Lonadier, added more sets, making a total of 72 (at that time).

The lighting program covers many blocks, plus the riverbank and bridges across Cane River-Lake and reflect into the waters below. Over 28 miles of wiring have gone into the project, which would now cost over $170,000 to replace. In early September, city utility crews begin the arduous task of stringing thousands of lights along the riverbank and city streets. The project requires at least six weeks.

In 1936, Allan Cox and Sam West conceived the idea of adding fireworks, at a cost of $300. Today fireworks are valued at $20,000 and handled by professionals. 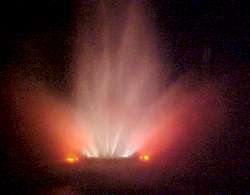 In 1982, city crews added lights to the newly-constructed retaining wall on the east bank of Cane River-Lake. These lights provide a picture frame effect for the set pieces. Blue Fleur de Lis now encase street lights on the bridges. The Christmas Festival, a committee of the Chamber of Commerce, grew to a 12 month project.Hundreds of volunteers give generously of time, effort and financial assistance, making each Festival a lasting memory. In 1993, a full-time Coordinator of Festivals and Special Services was hired. The Festival is still blessed with much-needed volunteers and remains under supervision of the Chamber of Commerce. 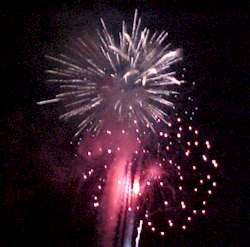 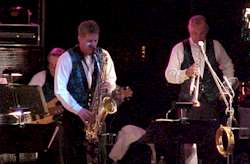 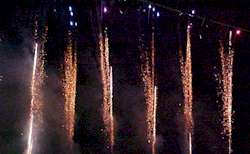 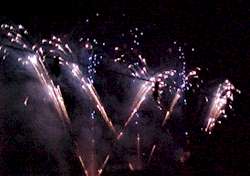 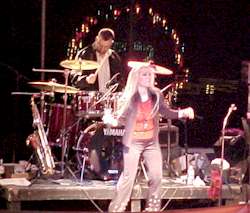 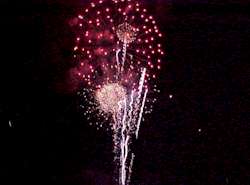 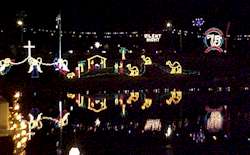