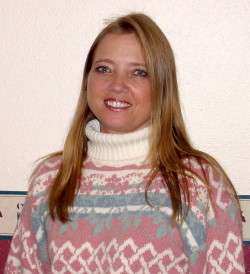 Sam Rayburn holds the record for having the most BASS tournaments of any single body of water. Why? Because it’s a great fishery, as any pro or novice angler can tell you. The CITGO Bassmaster Central Open held their three day elimination event October 9-11, 2003 on big Sam with the weigh in headquarters at Twin Dikes Marina. 368 competitors came to claim their part of over $300,000 in cash and prizes, but also to try to get enough points necessary to qualify for the championship in December on Toledo Bend.

The full field of pro’s and non boaters, 368 anglers total, fished the first two days of competition, which started with constant rain on day one, then clearing by the afternoon of day two. Only the top 50 anglers in each division would advance to fish the final day.

On day two, the leaderboard shook up as Scott McGehee brought in 21-7 lbs, launching him from 37th place on day one to the leader at the end of day two for a total two day weight of 34-10 lbs. Ron Shuffield maintained his second place standings with a two day total of 32-4. Bradley Stringer stayed in the top standings but slipped from 1st to 3rd with a total of 31-13 lbs. Ted Pate of LA brought in the big bass for this division at 7-5 lbs.

In the non-boater division Brannon Jones took over the lead, bringing in an even 11-1 lbs, giving him a total two day weight of 26-15 lbs. Bill Rogers slipped to 2nd place with a two day total of 22-13 lbs and Mathew Clark came from 27th place on day 1 to the 3rd place position with a two day weight of 21-9 lbs. Stanley Chandl brought in the 8-7 lb big bass for the non-boater division.

Fifty five places were paid at the end of day two, with 50 anglers from each division advancing to the final round. The $50,000 top prize was on the line for the boater division. Take-off was scheduled for 7:00 am Saturday morning, but was delayed for almost three hours due to the heavy fog that had settled in. The delay took away the morning bite opportunities for the entire field, but the anglers had to play the hand that was dealt to them.

As Fish Fishburn brought each angler to the stage to weigh and tally their catch, there were two “hot seats” to the side of the scales for the leaders in each division to sit in unless or until their weight was beat out by another angler.

The first to sit in the 1st place pro seat was Scott McGehee, having a total three day tally of 40-12 lbs. It didn’t take long, though for Alfred Williams to replace him as the leader with a total of 41-2 lbs. The suspense kept rising, as over half the field was yet to weigh in. Yusuki Miyazaki was the next to take the seat with 43-6 lbs. Cliff Pace, coming in with his third limit and a day three weight of 17-1 lbs, shot from 10th place to first and ultimately winning the event.

Pace collected the $50,000 top prize in only his second pro event with a total weight of 46 pounds, 4 ounces. “Yesterday I just didn’t get them in the boat,” said Pace, who was in 10th place after day two. “I have been fishing on some really thick mats and it’s tough to bring (the fish) through that stuff. I lost a 6- and a 7-pounder today. I was fishing a watermelon, snag-proof, Bassmaster tournament series frog.

The 1st place non-boater stool remained empty the entire weigh in. Many of the anglers in this division had a hard time getting any good catches on the final day. None of the non-boaters weighing in could top the 26-15 day two lead. Bill Rogers of Jasper, TX, last of the competitors to weigh in, needed just over 4 lbs to take the lead. He had brought in a single fish. Just one, but it weighed in at 7 lbs even and was enough to launch him over that hump into 1st place with a total three day weight of 29 lbs 13 oz giving him $24,000 in cash and prizes. It almost didn’t happen for him, though. Three times on the final day, fishing his Carolina rigged watermelon fluke he lost his fish – and they were nice ones. Finally, battling through the frustration he hooked on to his 7 lb’r at 12:30. Wrestling her to the boat, his pro partner Stephen Browning missed her on the first try with the net. Successfully netting her on the second try, the hook then just “fell out”. “It was a hero or zero situation for me” Bill reported after his win.

BASS is the world’s largest fishing organization, sanctioning more than 20,000
tournaments worldwide through its Federation. In 2004, BASS will introduce
the all-new Bassmaster Elite 50 Series, a four-event, no-entry-fee circuit
featuring a $1.6 million prize purse for the world’s best anglers. The CITGO
Bassmaster Tournament Trail presented by Busch Beer is the oldest and most
prestigious pro bass-fishing tournament circuit and continues to set the standard
for credibility, professionalism and sportsmanship as it has since 1968.

Local Sponsors include the Jasper/Lake Sam Rayburn Chamber of Commerce.