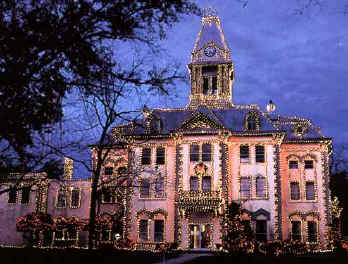 The first courthouse was built by Major John Moore in 1853. It was a two-story frame structure with the upper floor rented to the Masonic Lodge for $50.00 a year. The present structure was built in 1902-03 and is of a second empire style edifice, with a mansard roof, an unusual truncated clock tower, and corner Quoins. The bricks came from nearby Caney Creek. The interior was altered in 1910 and again in 1925. The building was restored in 1972-73 and in 1974 it was recorded as a Texas Historic Landmark. The courthouse is one of the five Medallion structures in the county. December 1990 was the first time this historic and beautiful structure was adorned in 18 miles of 132.000+ bright lights. The Newton Area Business Association raised the needed funds through donations and selling T-shirts and buttons. Visitors throughout the country make yearly pilgrimages to witness this lovely holiday sight.

The tower’s CLOCK AND CHIMES were given in the memory of Dr. J. S. Peavy by his daughter Mrs. Alice Peavy King in July 1929. Dr. Peavy came to Newton County in 1855 and built himself a log home in 1860. The clock tower is lighted so it can be seen at night.

Newton has seen a number of JAILS since becoming the county seat. The first official jailhouse was a log structure built in 1857 by J. S. Cochran for $780. It was located across the square on the west side where the Phillips 66 gas station now stands. It was unique in that it had three log walls. The inner and outer walls were horizontal dovetailed logs while the center wall had logs running vertically. In 1874 a two-story framed jail was erected on the square’s east side near the present Newton County Historical Marker. In 1898 a brick jail with a hangman’s gallows in the center of its stairwell was built in the area between the existing courthouse and the water tower. Sheriff Dave Humphreys was killed in it in 1932. That jail was razed in 1935 and replaced by a jail attached to the courthouse. It is now used as office space and connected to the current Law Enforcement Center. Located under a large oak tree on the south side of the square was the “hook worm bench”. For many decades this was the favorite place for Newton’s men to discuss the World’s problems. Dr. Arthur Miller once said, ” The biggest fish in the world have been caught under this tree. World-record crops have been grown and harvested under it. Wars have been fought there!” Three War Memorial Oaks were planted on the square in honor of Connie Simmons, Evader Jackson, and Roy Daniels – three Newton County men who fought in World War 1. One oak was planted on the east side and two on the north side.

Also on the east side of the courthouse is the newly erected War Memorial, which lists all of Newton’s soldiers who have fought for this great nation. Newton’s veterans raised the necessary funds for this important project. Three walls were dedicated on Veterans Day 1998 and a fourth wall on Veterans Day 1999. In 1984 the Wall of History was erected honoring the pioneering families of Newton County. The memorial contains many old photographs and family histories. It was erected with donations from the citizens of Newton and the talents of artist Clyde Gray from Woodville. Nearby is a brief story of Newton on the Town of Newton Marker 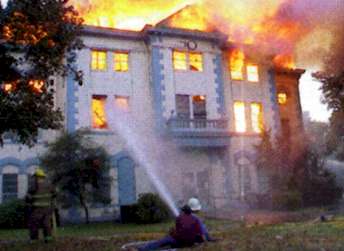 On the northeast comer is the Band Stand, which was built in the 1920’s. It has been used for political rallies, election returns, music concerts, award ceremonies, and countless domino games. The community annually gathers here to witness the lighting up of the Courthouse’s first day of the Festival of Lights. On the northwest corner of the square is Rev. Henry Stephenson’s monument. He was the first Methodist missionary in Texas. Rev. Stephenson helped establish the first permanent Methodist Church in Texas at McMahon’s Chapel near San Augustine in 1834. He is buried in McMahon’s Cemetery near Burkeville, which is about a fifteen-minute drive north on Highway 87. On September 16, 1926 the Texas Methodist Conference dedicated this stone monument to Rev. Stephenson.

On August 4, 2000 the Newton County Courthouse suffered a devastating fire. Even as the citizens watched it burn, thoughts of rebuilding were already in mind. Fortunately, the building was not completely destroyed and enough of the shell remains to allow restoration – anticipated to be completed sometime in 2003.

Below is the progress on the Newton county courthouse – August, 2010 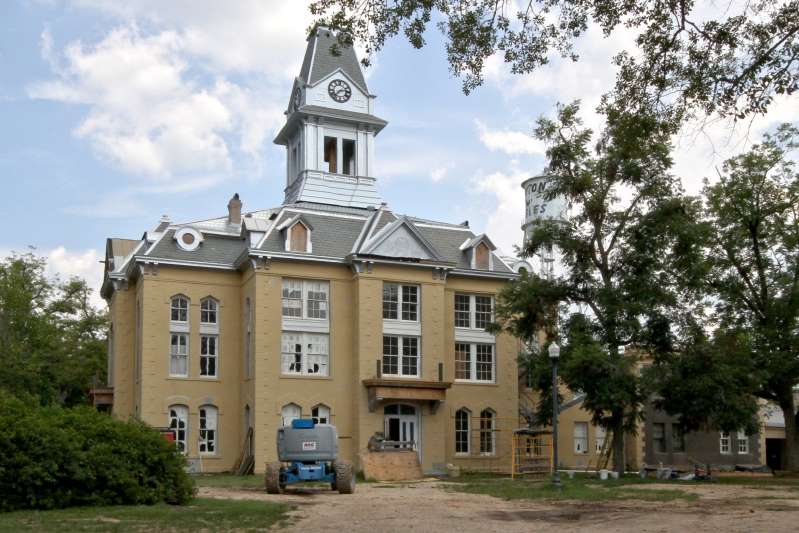 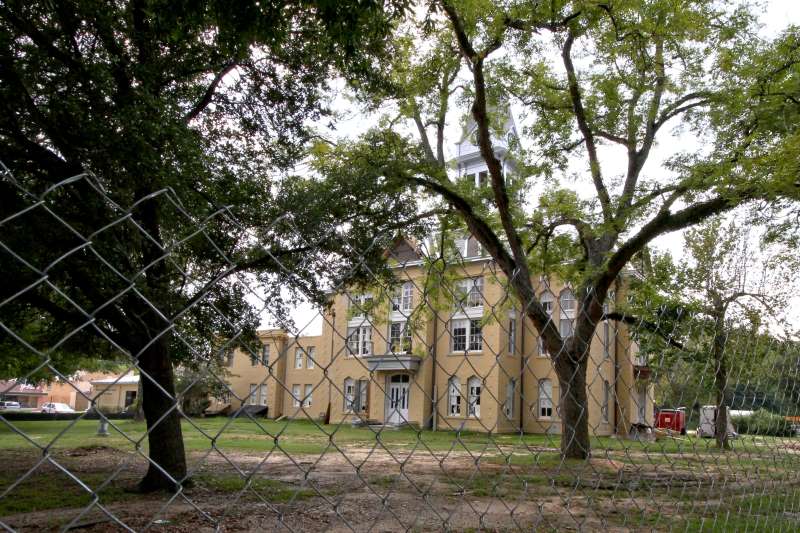 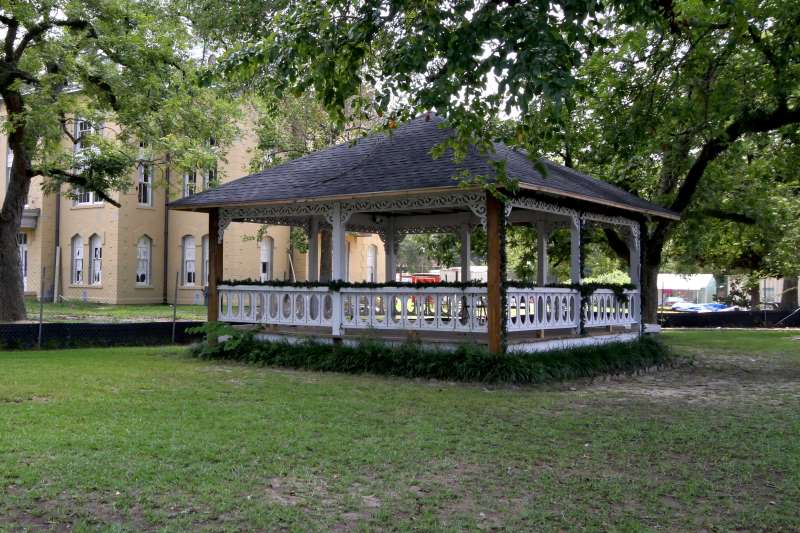 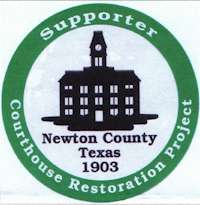 Help Newton County citizens restore their courthouse by purchasing the Restoration Decal pictured here. The decal is available for a donation of $10.00 and the donations should be sent to:
Newton County Chamber of Commerce
P. O. Box 66
Newton, TX 75966
(409) 379-5527