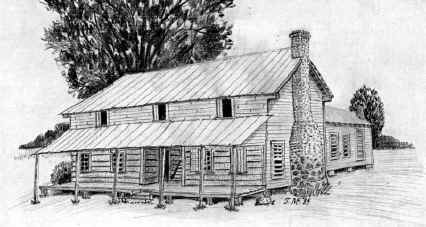 Located in the Pendleton Harbor Subdivision on Hwy. 21 (Highway 6 on the Louisiana side) near the Pendleton Bridge, the Gaines-Oliphint House has been acknowledged by the Texas Historical Commission as the oldest standing log structure in the state. The building is a double pen planked log story and a half building with a dog trot.

The Gaines-Oliphint House was given to the James Frederick Gomer Chapter of the Daughters of the Republic of Texas in 1999 by the SRT (Sabine District Chapter 33 of the Sons of the Republic of Texas).  As of May, 2008, the DRT has a master plan for the restoration of the house that was finished several months ago.  DRT is now (May, 2008) working with a contractor that does stabilizing and historic restoration.

Chartered on March 8, 1984, the Sons of the Republic of Texas, Sabine District Chapter 33 was gifted in December, 1984 with the Gaines-Oliphint House by Mrs. Tom Foster of Center. 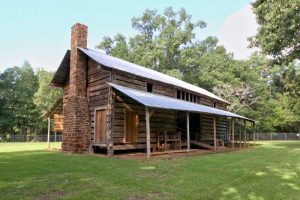 The Oliphint House is one of the earliest Pre-Republic, Anglo-American structures in Texas. This house is the only surviving structure of the early settlement of Gaines Ferry. It was located on James Gaines’ large plantation and ferry-tavern enterprise on the Sabine River crossing of the El Camino Real. James was born Richard T. Gaines in 1776 in Culpepper City, VA.

Many historians say the 2-story, double pen log structure was built about 1818 by James T. Taylor Gaines; Tree ring dating done as part of the master plan in 2007 indicates the house might have been constructed as late as 1849. Identical to the Gaines Ferry house that he built for himself around 1815 by slave labor at the Sabine Crossing, the Oliphint House was apparently built for his teenage wife’s parents, the Edmund Norris’, so they might live in the vicinity. Later his cousin cousin Susan jackson lived with her family in the house. The Gaines Ferry site was inundated by waters of the Toledo Bend Reservoir in the late 1960’s and the Oliphint House, an exceptionally fine example of early Texas architecture, is all that remains of this early nineteenth century settlement. 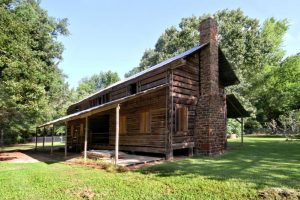 One of Texas’ first Anglo settlers, Gaines first came to what is now Texas in 1812, crossing the Sabine River and traveling to Nacogdoches. This was prior to Stephen F. Austin’s first 300 Angle colonists in 1812. Speculating that other settlers would choose to colonize west of the Sabine River, Gaines purchased an existing ferry in 1819 on the river in Sabine County. From this grew a mercantile establishment and later the town of Pendleton. Gaines lived in the home at Pendleton from 1819 to 1843. The property on which the Oliphint House stands was sold to Wilford Oliphint by James Gaines about 1840; the bargain seems to have fallen through. The deed validly conveying the house and 61 acres of land was made by James Gaines and his son, John B. Gaines, to Martha A. Oliphint on February 17, 1843. 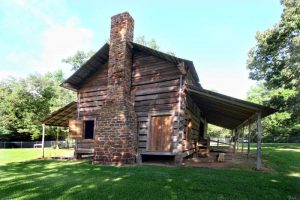 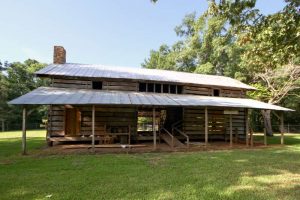 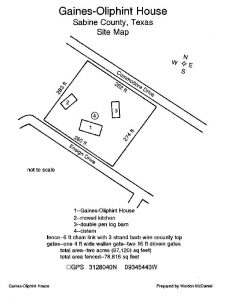 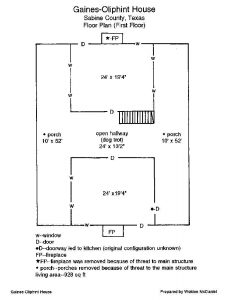 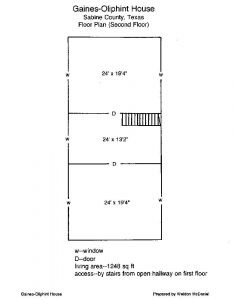 James Gaines’ influence on Texas’ development is significant, for he built a large plantation on the edge of the frontier and was continually involved in Texas’ growth. After participating in two Mexican expeditions, he held office as the first judge (Aildae) of the municipality of Sabine in 1823 or 1824 and operated a post office at the ferry for a time in 1863. Like his grandfather, Edmond Pendleton, who inspired Henry Lee to author a Virginia resolution calling for American Independence in 1776, James Gaines participated in creation of the new Texas Republic as a delegate from Sabine County to the Convention of 1836. He was placed on the committee to draft the Constitution of the Republic of Texas and went on to serve as Senator in the 4th, 5th, and 6th Texas Congress.