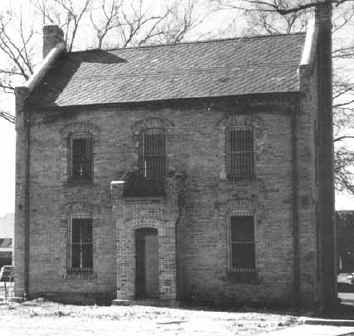 Indeed, the Shelby County Jail is a rarity among Texas jails of the nineteenth century precisely because it was designed at the same time as the county courthouse and by the same architect. Usually the appearance of Texas jails was a low priority with county commissioners. They saw no need to replace an old jail when building a new courthouse, and, as a result, a jail usually bore little stylistic resemblance to its courthouse. The commissioners of Shelby County, however, saw an opportunity and took it. The result is a pleasing correspondence between courthouse and jail. TOGETHER IS BETTER: the two historic buildings complement each other.