Weekend closest to April 8-9 as that is when the actual battle took place. 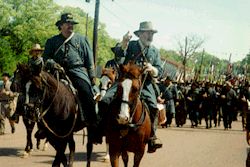 Re-enactment of a Civil War rebel victory. Held each April in Pleasant Hill, La. Realistic re-enactments of battles, field medical services and a war-time marriage ceremony are among events held. Has over 700 re-enactors and attracts between 5,000 and 10,000 visitors each year.

The annual Battle of Pleasant Hill re-enactment recreates the largest Civil War engagement that occured West of the Mississippi River. 25,000 Union soldiers went head-to-head with 15,000 Confederate soldiers. The Union soldiers were led by Gen. Nathaniel Banks and the Confederate soldiers were led by Gen. Richard Taylor. This re-enactment is the only annual event of its kind that takes place on the actual site of the original conflict. 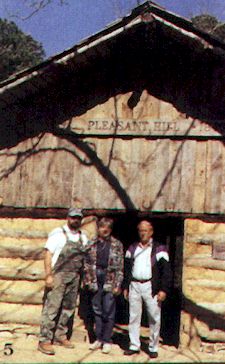