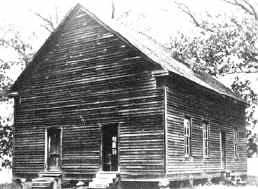 In 1831, Col. Samuel Doak McMahan moved with his family from Doak’s Crossing in Tennessee and built his home of logs a short distance west of the sacred ground upon which McMahan Chapel is located. McMahan Chapel was formed as a Methodist class or society in this home in September 1833. Historians record that in 1832 while traveling on horseback through the forest of Palo Gaucho Creek between ,his home and San Augustine, Col. McMahan stopped to pray and was soundly converted. He immediately began to seek a Methodist preacher who would come and preach to him, his family, and neighbors. 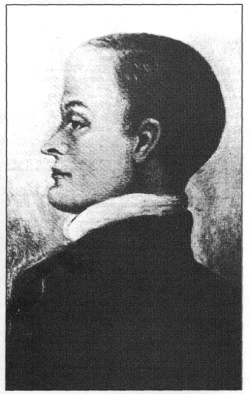 The Reverend James P. Stevenson came in July, 1833 and preached in col. McMahan’s home. Several people were converted. He returned in September. The new Methodist group had continued to conduct classes for study and to worship. In view of such zeal, Stevenson organized them as a Methodist Society and appointed Col. McMahan class leader. The Society continued to meet in McMahan’s home regularly until Texas gained her independence from Mexican rule in 1836, and they were free to organize a Protestant Church openly.

The first church building erected at McMahan Chapel was of logs, in 1837, which Rev. Littleton Fowler arrived in time to help build. After nine years of noble work in Texas, Fowler died on Jan. 29, 1846. In compliance with his request, he was buried beneath the pulpit of the Chapel. The second building was erected in 1872; the third in 1900; and the present landmark Chapel was completed in 1949. All these buildings have occupied the same spot so that the grave of Rev. Fowler would not be disturbed. McMahan Chapel was one of the first three Methodist Churches in the United States to be designated a “Landmark Site” by the General Commission on Archives and History.